Last week a TeamBuy ticket was burning a hole in my wallet. We had $35 bucks to the Taj Mahal and we were dying to use it. I love Indian food. There’s just something so satisfying about white rice being soaked up by a warm, earthy sauce flavoured with baking spices like cinnamon and cardamom and with a bit of heat from some chilies. I also love a good piece of naan bread to sop up the often rich and creamy sauces.

At about 6:30pm we made our way down and took a nice spot on the patio. After MUCH consideration my friend finally made his decision. Normally it’s me in this predicament, so I was quite happy to sit back and gloat in my being prepared – for once.

Another thing that I appreciate about Indian cuisine is that, since every dish is so flavourful on it’s own, I don’t feel as though I need any meat. The sauces are generally full of cream or butter, so I sometimes find the meaty flavour overkill.
With that in mind, I ordered a signature vegetarian dish; the Subz Jalfrezi ($15), which consisted of mixed vegetables, cashews and cheese cubes cooked in a Korma sauce with spices and cream.  This was absolutely delicious!  The sauce was incredible in it being both sweet but with a hint of spice. There was a tonne of vegetables and it was topped with parsley and red pepper which made for a lovely presentation. 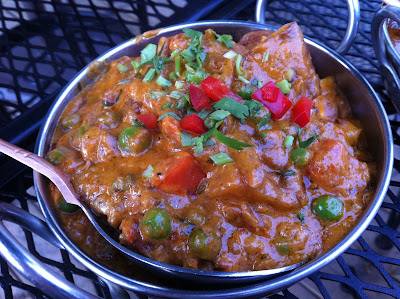 My friend chose an Indian classic; lamb Rogan Josh.  Here, the lamb is cooked in a thick onion and tomato sauce with spices, fennel, saffron, bay leaves and yogurt.  It was really tasty and provided a good amount of heat.  I knew that Indian food is quite pricey, but he was less than impressed when his $18 dish came with only about 4 chunks of lamb.  The serving dish itself is small; about 5 in. in diameter. Adding salt to the wound, it wasn’t even very good – verging on overcooked. 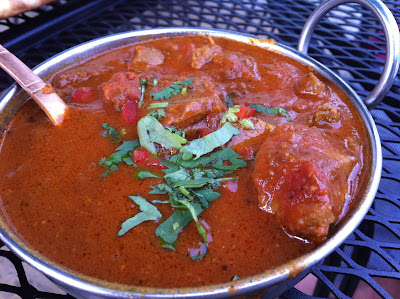 I liked the contrast in that my sauce was a heavier, creamy sauce, while his was thinner and more intense. 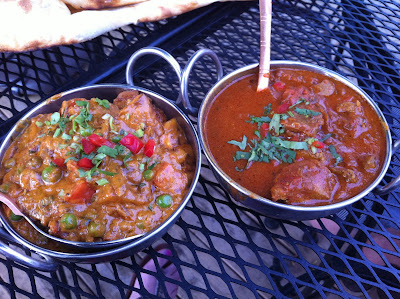 We also get two orders of naan bread ($3) which proves to be way too much. I’m a little annoyed as when I checked with the server she motioned that each order was about the size of a side plate, which clearly wasn’t the case – one would have been plenty. 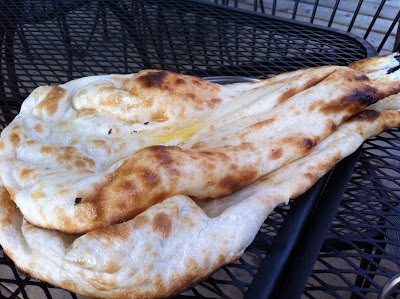 I have to say that, though the food was delicious, I was kinda turned off by our server and the amount of additional items she was trying to push on us. Up selling is ok, obviously great for a server’s sales and tips, but I found her technique to be way too pushy.  I went home with a decadent doggy bag that night.  As if this meal wasn't filling enough, we topped the evening off with ice cream on the waterfront!
Posted by Kristen at 8:52 PM

I love, love, love the Taj! Such great food and walways friendly staff.
Glad you had a great adventure.

Hi Kristen! Great meeting you today at Serpentine Studios.
I love the Taj Mahal but I had the same experience, she pushed us into getting WAY more food than we needed. It was a little uncomfortable. I'd still go back though. ;)
Take care,
Laura

It was great to meet you last week too! Really enjoyed Serpentine studios and hoping to make it back soon! Thanks for reading!
Kristen 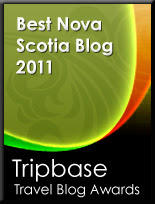